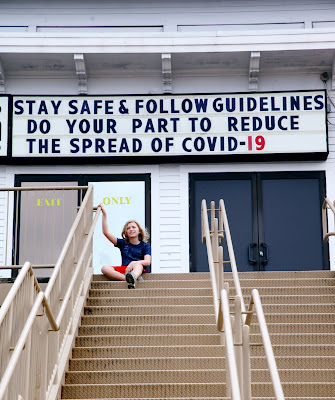 There are too many hyperbolic opinions and hysterical conclusion jumping in the public sphere right now.  This show is about a lot of things surrounding the COVID-19 pandemic, but instead of my opinions, I just presented a series of interesting facts in this podcast.  I hope you enjoy it.

Did you know that a team of Chinese scientists were escorted from the National Microbiology Lab in Winnipeg Ontario in July 2019?  The why is shrouded in secrecy, but let's learn more about these people, and the lab.

Xiangguo Qiu, her husband, and her "students" were force-ably removed from their workplace for what is only being described as a possible "policy breach" by the Public Health Agency of Canada.
Xiangguo Qiu, and her husband worked at the only certified Level 4 microbiology lab in Canada.  What is a certified Level 4 microbiology lab?  Well it's a place where scientists experiment and work on the most deadly pathogens on the planet, but more about these types of labs later.  You see Qiu didn't just work at the Winnipeg lab, she also traveled to China frequently to train scientists at the country's only Level 4 lab, which opened in 2017.  You will never guess where this Chinese Level 4 microbiology lab is located .... Oh you guessed it, Wuhan China.  Qiu traveled to the Wuhan National Biosafetly Laboratory twice a year, for two weeks at a time to assist with the facility.  All while being employed by the Canadian government.

Qiu was never searched before leaving Canada's National Microbiology Laboratory on her numerous consultative trips to the Wuhan Level 4 lab.  You see Qiu was the head of the Vaccine Development and Antiviral Therapies Section in the Special Pathogens Program at the Canadian lab.  That's officially named scary shit right there.  Only a few months before the Royal Mounted Police removed the scientists, some how exceptionally virulent viruses made their way to the Wuhan laboratory.

Let's take a little closer look at these laboratories that research and tinker with the most deadly infectious diseases.  This recent scandal at the Canadian lab isn't their first.  In 2009 the FBI arrested Konan Michael Yao when he crossed over the US border with 22 vials of biological material.  No big deal, just genes from the deadly Ebola virus.  You see Yao was starting a new job at the National Institutes of Health at the Biodefense Research Laboratory in Maryland, and he didn't want to start his projects from scratch.  But here is the kicker, the National Microbiology Laboratory in Winnipeg didn't even know the property was missing.  The Royal Mounted Police had to contact the facility to let them know.  It's ok though, the lab had a signed form that the scientist wouldn't steal anything.  You bet.  Take off ya hoser eh.

Let's introduce you to the Senior Scientist and Principal Investigator of Wuhan National Biosafety Laboratory.  Her Name is Zhengli Shi.  She has won all kinds of prizes and awards for her various virological papers.  She's given talks all over the world.  Titles of her speeches and some quotes include:
"Risk assessment oif bat coronavirus spillover and prevention strategy" 2018
"Genetic evolution and interspecies infection of bat SARS-like coronavirus" 2017
"SARS coronavirus may have originated from frequent recombination events between SARS-related coronaviruses in a single horseshoe bat habitat" 2017

Ok, enough with the Wuhan level 4 lab for now.  Did you know that the United States has at least 4 level 4 biological laboratories located in the US?  Remember Dr. Qiu, the Chinese virologist that was escorted out of the Canadian lab with her husband and team of Chinese "students?"  Dr. Qiu also consulted with the United States Army Medical Research Institute of Infectious Diseases at Ft Detrick in Frederick, Maryland.  This lab is described as a United States Army Medical Command installation.  It was home to the US biological weapons program from 1943 to 1969.

After 1969, the Bioweapons program was discontinued and replaced by the US biological defense program, located at the same facilities at Ft Detrick.  And uh oh, I have some bad news.  The Army bioweapons, I mean biodefense lab was shut down by the Centers for Disease Control in July 2019 for failures to meet biosafety standards.  The CDC found two breaches of protocol and the facility did not have a complete, accurate inventory of its select agents.  Select agents, you know, the deadly pathogens.

Ok, let's take a break from scary government programs and viral espionage for a moment.  The COVID-19 virus has captured control of our nation.  The response by our political leaders and scientists is unprecedented.  However, a viral outbreak is not unprecedented.  In fact, just ten years ago the United States went through another viral outbreak from the H1N1 flu.  In one year, from April 2009 to April 2010, the CDC estimates there were 60 million cases, 274,000 hospitalizations, and 12,469 deaths in the United States from H1N1.  As of this date March 29th, the CDC reports 122,000 COVID-19 cases, and 2,112 deaths.  Those numbers are over the course of two and a half months.  Here in Washington State, my home state, which is thought to be the original epicenter of US infections, there have been 4,310 cases with 189 deaths.  Interesting fact:  93% of those that have been tested, were negative for the COVID-19 virus.

Ok, let's get back to big government bio programs, espionage, and greed.
Have you heard of China's Thousand Talents Plan?  It is was launched in 2008.  Basically the plan is a recruitment strategy to pay and incentivise researchers working with US tax payer funds to deliver knowledge and information to the Chinese government.

Now, let me introduce you to Dr. Charles Lieber.  He was the Chair of Harvard University's  Chemistry and Chemical Biology Department.  He also served as the Principal Investigator of the Lieber Research Group at Harvard University.  That research group specializes in the area of nanoscience, and it, or he, has received $15,000,000 in grant funding from the National Institute of Health and the Department of Defense.  On January 28th 2020 Dr. Lieber was arrested and charged with one count of making materially false, fictitious, and fraudulent statements.  The lucrative research grants Dr. Lieber received require disclosure of significant foreign financial conflicts of interest, including financial support from foreign governments or foreign entities.  Beginning in 2011 Dr. Lieber became a "Strategic Scientist" at a major university in China.  Where you ask?  Yup, he was cooperating with the Wuhan University of Technology in Wuhan China.  And yes, the government alleges he was contracted through the Thousand Talents program:  To the tune of $50,000 per month, One million Yuan in living expenses, and $1,500,000 to establish a research lab at Wuhan University of Technology.

But wait, there's more.  On the same day the US Government indicted a Chinese national as an agent of a foreign government and conspiracy.  And a few days before that the Department of Justice indicted another Chinese national on one count of smuggling goods from the United States.  The Chinese national charged with conspiracy is Yanqing Ye.  The US Government alleges that Ye is a Lieutenant in the People's Liberation Army.  That is the armed forces of the People's Republic of China.  The government alleges that Ye was in the United States under the guise of a student at Boston University, where she studied Physics, Chemistry, and Biomedical Engineering.  The government claims Ye was a spy, researching US military websites, and sending documents and reports to China.  Zaosong Zheng was in the United States on a J-1 visa conducting cancer-cell research at Beth Israel Deaconess Medical Center in Boston, Massachusets.  The Department of Justice alleges that on December 9th, 2019 Zheng stole 21 vials of biological research and attempted to smuggle them out of the United Sates aboard a flight to China.  Federal officers discovered the vials hidden in a sock inside one of Zheng's bags.  He stated that he intended to use the biological material in his own lab to publish results under his own name.

These three cases are only connected through time of indictments and intent of charges.

Before we get lost in geeky research spies and crooked profs, let's find a place where all the super spies and soldiers of the world come together at one event.  Have you ever heard of the Military World Games?  Nope, me either until recently.  The Military World Games is an exciting event just like the Olympics, where military athletes from over 100 countries compete in 27 sports.  Here is an interesting story about the recent Military World Games.  It centers around a sport called Orienteering.  Orienteering is actually a group of sports combined.  Competitors need to use navigational skills using a map and compass to navigate from point to point on diverse and unfamiliar terrain.  It sounds like a super cool military scavenger hunt competition.  Well China cleaned up in orienteering with the women taking the Gold and the Silver, and the men securing the Silver.  But all these teams were disqualified.  Apparently they had been given access to secretly marked paths and received external assistance, thus gaining a major unfair advantage over other competitors.  After the competitors were stripped, the biggest question became how the Chinese men only finished with a silver.

The World Military Games sounds like a hippie's wet dream to replace war.  But wait, did you ask where 10,000 athletes and thousands of volunteers gathered for the 2019 Military Olympics in October of 2019?  The games were held in Wuhan China of course.

Ok, last segment.  And perhaps I saved the best, or most relevant, for last.  Have you ever heard of the debate on "Gain-of-Function?"  What is "Gain-of-Function?"  Essentially gain-of-function is the enhancement of a protein.  The debate is whether or not scientists should tinker and alter viruses to prove the ability of those viruses to infect human airways.  In other words, scientists may think a corona virus could jump from a bat to a human so they reverse engineer it, test it, and thus create the super corona virus.  Here is the beginning to a study performed by Ralph Barie at the University of North Carolina, and published in Nature Magazine in 2015:

The emergence of severe acute respiratory syndrome
coronavirus (SARS-CoV) and Middle East respiratory
syndrome (MERS)-CoV underscores the threat of cross-species
transmission events leading to outbreaks in humans. Here we
examine the disease potential of a SARS-like virus, SHC014-
CoV, which is currently circulating in Chinese horseshoe bat
populations1. Using the SARS-CoV reverse genetics system2,
we generated and characterized a chimeric virus expressing
the spike of bat coronavirus SHC014 in a mouse-adapted
SARS-CoV backbone. The results indicate that group 2b
viruses encoding the SHC014 spike in a wild-type backbone
can efficiently use multiple orthologs of the SARS receptor
human angiotensin converting enzyme II (ACE2), replicates
efficiently in primary human airway cells and achieve in vitro
titers equivalent to epidemic strains of SARS-CoV

Research into gain-of-function is a touchy subject.  In October of 2013 the Federal Government stopped all federal funding of gain-of-function studies.  The concern was for the potential lapses in security surrounding these types of scientific studies; specifically safety breaches at federal laboratories involving handling of anthrax and avian flu.  At this point you should remember back to the previous stories about level 4 biological facilities we discussed in this podcast.  Richard Ebright, a molecular biologist at Rutgers University said in the Nature article, "The only impact of this work is the creation, in a lab, of a new non-natural risk."  The federal ban was lifted in 2017.  This quote is from a Reuters article from December, 2017:  "The US government on Tuesday lifted a temporary ban on funding research involving the flu and other pathogens in which scientists deliberately make them more transmissible or more deadly."  From the same Reuters article, "Dr. Sam Stanley of Stony Brook University and chairman of the National Science Advisory Board for Biosecurity, noted the world's deadliest pathogens are evolving naturally.  He said research is needed to understand and prevent devastating pandemics, such as the 1918 Spanish flu pandemic that killed 50 million people."

Perhaps editorializing will come in the next episode of The Conservative Hippie podcast.

Sponsors:
SmokinJs.com ... Use Code HIPPIE for 15% off Your Order
ME!
StonerHoroscope.com